The 9th EASN International Conference programme will include important Key-Note Lectures, given by distinguished personalities of the European Aviation and Space Community, including industry, research and policy making. The names of the, so far, confirmed Key-Note Speakers are the following:

Andrea Gentili is currently the Deputy Head of the Unit "Low Emission Future Industries" in the Directorate-General for Research and Innovation of the European Commission. The unit is in charge of the European research and innovation activities in aviation, waterborne and coal&steel industries.

Before joining the European Commission in 2001, he had several different experiences in the private and public sectors. He started his career in an Italian SME producing industrial refrigerators as production manager, and then he joined the Ecole de Mines d'Albi in France as researcher. In the late 90's, he came back to industry and joined, as technical director, an American software and engineering company. Finally, in 1998, he became associate of a French SME and run his own business in the area of mechanical engineering services (e.g. static and dynamic/acoustic analysis, crash and multibody systems simulations, topology and parametric optimisations), mainly for the automotive and aerospace sectors.

Andrea has a degree in Mechanical Engineering from the University of Pisa in Italy.
Andrea is happily married and is the proud father of three children. In his leisure time, he practises free-diving and plays squash and tennis.

After been graduated from the Ecole Centrale des Arts et Manufactures in 1985, Jean-Marc Astorg joined the CNES Launch Vehicles Directorate.

He held managerial positions in the field of mid-term launchers preliminary studies and contributed in launchers programs.

From 1991 to 1998 he supervised the studies for the new version ARIANE 5ECA, and the Vega launcher.

In 1998, he became project leader for the overall development of Ariane.5 new ESC-A upper stage.

Afterwards, he became the Director of Procurement, Sales and Legal Affairs.

Since 2015, he is Head of CNES Launch Vehicles Directorate which is involved on current Launchers Ariane 5, Soyouz and Vega exploitation, and also in the Ariane 6 and Vega-C and in the launchers next generations development as : Ariane 5 Next, Prometheus, Callisto.

Yann Barbaux, born on 24 August 1958, is since 2017 the Executive President of Aerospace Valley, a cluster of more than 800 members, OEMs, SMEs, Universities & Research Centers, from the Aerospace sector. He is Senior Vice-President at Airbus. He is married and has 3 children.

From 2013 to 2017 he was Chief Innovation Officer for Airbus Commercial Aircraft. Prior to assuming this position, Yann Barbaux created in 2007, and served as SVP Head of Airbus Group Innovations (former EADS Innovation Work), the Corporate Research Organization of AIRBUS.

Yann Barbaux began his career in 1982 at Aerospatiale, in the Corporate Quality Organization. He was associated to the development of new programs, such as the Airbus A320, as an expert in metallic materials. In 1987 he was appointed as head of the Metallic and Thermo-structural Materials Department in the Aerospatiale Common Research Centre. In 1996, he was promoted as Head of Strategy, Research Coordination and Cooperation of the CRC.

Yann Barbaux published and contributed to a high number of technical publications in International Scientific Reviews and hold a patent on Structural Concepts for a Supersonic Aircraft. He has been a member of various engineering and technology societies, and of the Advisory Group for Aerospace Research and Development (AGARD) of NATO; in acknowledgement to his contribution as chairman of the Materials Panel of the French Association for Aeronautics & Space (AAAF), he has been elected to the rank of Emeritus Fellow of this Society.

Chevalier de la Légion d’Honneur et de l’Ordre National du Mérite, Yann Barbaux is member of the French Association for R & T (ANRT), of the board of the Ecole Normale Superieure de Paris Saclay and of the board of the Federal University of Toulouse.

Graduated from Ecole Centrale de Paris in 1981, he also earned a Master’s degree in Metallurgy at the University Paris VI Pierre & Marie Curie.

Jean- François BROUCKAERT graduated in 1994 from the Faculté Polytechnique de Mons (Belgium) as a Mechanical Engineer. He holds a Master-after-Master in Fluid Dynamics & Turbomachinery from the von Karman Institute and holds a PhD in Unsteady Measurement Techniques (Fast Response Pressure Probes) from the Université Libre de Bruxelles. Jean-François has been working for 20 years at the von Karman Institute as a Research Engineer, Assistant Professor and Associate Professor in the Turbomachinery and Propulsion Department. He has been a founding member and Secretary General of EVI-GTI (European Virtual Institute for Gas Turbine Instrumentation) from 2004 to 2014. He also served as Co-Chair of several NATO and ISA Working Groups on Gas Turbine Instrumentation AVT-180, AVT-229, ISA 107.5 until 2014. As an ASME member, he has been actively involved in the IGTI/Turbo Expo Conference Committees and reviews, likewise with the European Turbomachinery Conferences. In November 2014, he joined the Clean Sky Joint Undertaking as a Project Officer, responsible for the engine research programmes SAGE and ENG. In September 2018, he became Team Leader, responsible for Engines, Systems and Technology Evaluator. In May 2019, he has been appointed Chief Scientific Officer.

Giuseppe G. Daquino is a nuclear engineer, with a PhD in nuclear and industrial safety and a Master in Business Administration.

He has worked at the Joint Research Centre of the European Commission (EC), at the CERN in Geneva and, just before entering the European Defence Agency (EDA), at the Research Executive Agency of EC as Project Officer dealing with Space Research.

In the latter context, he developed a long experience in project management, the portfolio being mainly composed by space critical technologies, including materials and structures, and enabling technologies for satellite communication.

Giuseppe Daquino is now the EDA project officer of materials and structures technologies.

In this role, he contributes to the EDA Research, Technology & Innovation Directorate initiatives aimed at defining capability-led priorities and projects, he moderates and steers the EDA Member States expert group (CapTech) in Materials and Structures and related electronic fora on the EDA Collaboration Platform, he liaises with the EC and EU Agencies, companies and industry associations involved in military and dual use R&T in the materials and structures area of responsibility.

He is also responsible for the maintenance/update of the Materials CapTech’s Strategic Research Agenda.

Michael Kyriakopoulos serves the European Commission as senior Research Policy and Programme Officer in the Aviation Unit of DG Research and Innovation (R&I). He is mainly responsible for EU aviation research policy, covering competitiveness and environmental protection portfolios. Michael contributes to strategic documents for the implementation of the EU aviation research programme.

Michael has 30+ years of experience in aeronautics research. He is a Mechanical and Aeronautical Engineer from the University of Patras. His PhD and post-Doc focused on computational methods for aerospace applications. Prior to DG R&I, Michael worked for the National Aerospace Laboratory in the Netherlands, the Westinghouse Company and the Institute for Advanced Materials of the Joint Research Centre. He has authored/co-authored 40+ scientific publications. Michael contributed to industrial R&D projects in Aeronautics in the areas: design methods & tools, composite aerostructures, impact dynamics, thermal barrier coatings, CMCs, manufacturing processes, development of CDM, FSI, MDO and certification methodologies. He has also participated and led Space (Rosetta/Philae landing gear), Defence and Energy industrial projects.

Ron van Manen (Delft University of Technology Aerospace Engineering – 1987) started his career in at KLM Royal Dutch Airlines and fulfilled several management positions in the Engineering & Maintenance Division before joining British Airways in a senior management position. After 4 years in the UK, Ron returned to The Netherlands to take the position of Vice President Business Development at KLM Engineering and Maintenance, and leading all commercial operations in this €1bn per annum MRO business.

In 2003 he joined QinetiQ in the UK as Programme Director Civil Aeronautics, directing its contract research and development projects with industry, UK Government and EU. In 2008 he was appointed MD Aerospace Consulting.

In 2011 he joined the Clean Sky JU as Technology Evaluation Officer. In 2014 he was appointed Programme Manager for the Clean Sky 2 Programme under Horizon 2020.
From 1 May 2019 he has assumed the post of Head of Strategic Development in the JU, concentrating inter alia on the preparations of a continued partnership under Horizon Europe.

Other experience includes non-executive directorships in the aerospace sector including the Farnborough Aerospace Consortium [FAC], committee roles for the UK Trade Association ADS and European Aerospace & Defense Trade Association (ASD), chairmanship of the UK Aerospace Manufacturer’s Sustainable Aviation Board during 2007-2010, and vice-chairman of the joint UK Government/Industry Aerospace Technology Strategy Group during the same period.

He is married, with two adult sons, and divides his time between Brussels and Bergen N.H., NL

In my NATO and National assignments, I have been involved with the planning, acquisition, implementation, management, maintenance and support of major Command Control, IS, aircraft avionics and integrated systems.

1995 Dipl.-Ing. in Aeronautical Engineering at TU Munich, graduated in 2001 to Dr.-Ing. in the field of conceptual aircraft design.

From 2002 to 2008 director of Grob Aerospace in Mindelheim, Germany, responsible for design, production and support of the Grob fleet of all-composite aircraft; development of a 4-seat aerobatic turboprop, a 7-seat turboprop and the SPn business jet.

From 2009 to 2013 program director for a 19-seater commuter aircraft project at Sky Air-craft in Metz, France, then VP Programs at SST Flugtechnik in Memmingen, Germany, setting up an EASA approved design organization, holding the TC for a 6-seat all-composite turboprop aircraft.

Since 2015 professor for aircraft design at the Institute of Aircraft Design, University of Stuttgart with a research focus on manned (hybrid-)electric flight (“Icaré 2” and “e-Genius”) and scaled UAS flight testing.

Since 2016 member of the Board of Directors of the European Aeronautics Science Network (EASN), taking the role of Industrial Advisory Officer. 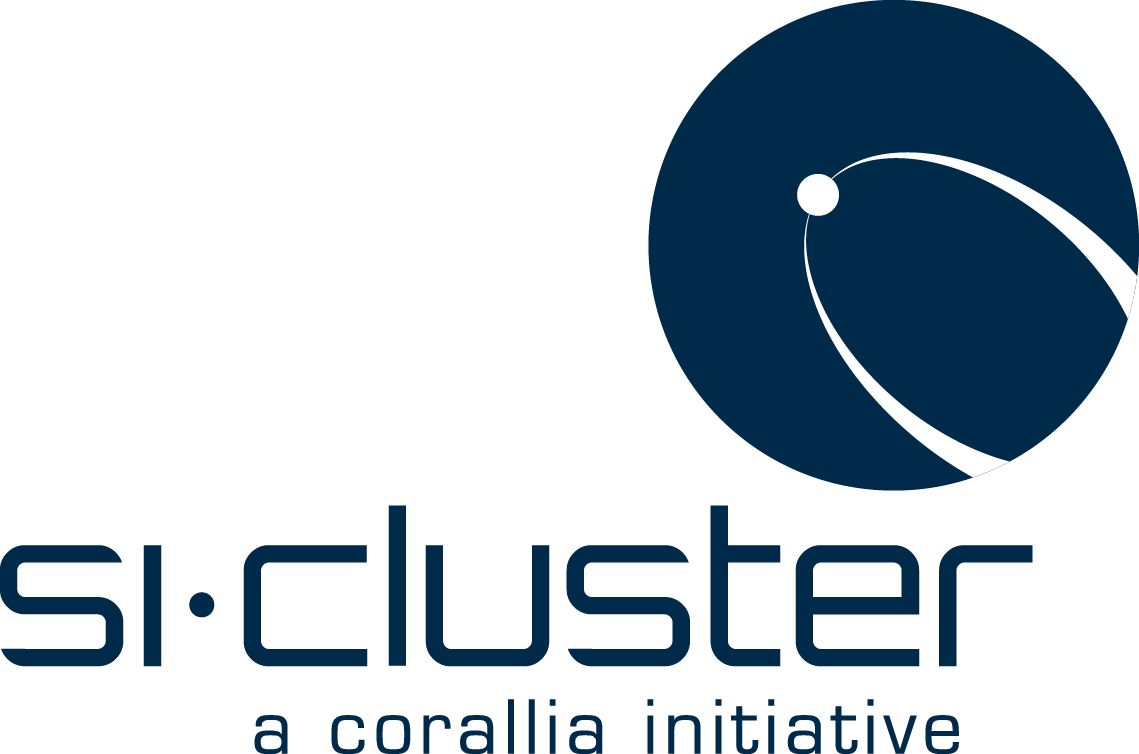